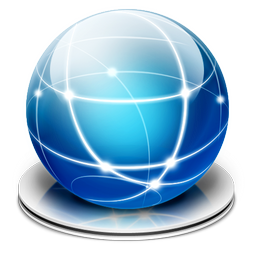 The World Series of Poker (WSOP) is the biggest and oldest poker competition in the world that attracts millions of online casinos and offline poker players. This poker event dates back to 1970s when gambling industry was not so developed in there were only 70 tables in whole Nevada. First it was held at a few poker tables at Binion's Horseshoe Casino that didn’t even have a poker room. The owner of the casino always wanted to held event in the championship format and at last he realized his dream. Still the history of the WSOP is more connected with the names of two casino owners, Tom Moore and Vic Vickrey, who held the first and only Texas Gamblers Reunion which marked the WSOP origin. Among the participants of that event was Benny Binion who decided to hold the similar poker gathering the next year.

At first the WSOP events involved only a handful of players and not much people outside Las Vegas knew about this event. Even if gamblers heard about the WSOP they didn’t care about its outcome. In a year in order to increase the prestige and popularity of the WSOP Binion held it in the form of freezout. One of the participants, Amarillo Slim Preston, turned his participation at the WSOP into personal triumph that led to a great wave of publicity around the World Series.  Preston was invited on TV shows, was cast in the movies and at last he published a book that became a bestseller. All these brought great attention to The World Series of Poker.

In 1973 the WSOP was televised for the first time on CBS Sports. That time the WSOP included four events – Texas Holdem, 7 Card Stud, Razz and Deuce-to-Seven Draw – most of which were won by Puggy Pearson.

In 1978 the WSOP saw a new change in format.  The Main Event prize was divided between five top players for the first time. Moreover, that year the first woman entered the WSOP. Barbara Freer was the first participate in all-male event. The next year an amateur Hal Fowler’s win was a shocking outcome of the competition for all professional players but it increased the popularity of the WSOP with ambitious amateurs that flocked to Las Vegas each year since that time.

In 1982 the WSOP contained thirteen events including Ladies World Championship and Main Event with big prize pool worth $2.6 million. Over the next years the WSOP grew in scale and popularity. The heart of the WSOP was the Horseshoe’s poker room which had much expanded by 1997. But in a few years Binion left the WSOP business and as a result many great poker players boycotted Horseshoe casino and the World Series. In 1999-2002 the competition lost its great popularity and it was the object of multiple disputes. In 2003 after the WPT (World Poker Tour) launch the WSOP started gaining its fame and love of players back.

After Chris Moneymaker’s win there was a new turn in the WSOP history. Nowadays this victory of a young player is considered to be one of the most important in the history of the World Series that brought back the interest in this event. Since that time it is impossible to meet poker players who don’t want to become the WSOP stars and celebrities who do not want to become the WSOP players. In addition, lots of tournaments have been started following the example of the WSOP - WSOB world series of Blackjack - blackjack charts tournaments and also tournaments for roulette and slots players.

At first the WSOP was not a freezout and the winner was determined by the secret ballot only. Five Card Stud event was added to the WSOP in 1973 and since that time most poker variations (including Chinese poker, SHOE, Five Card Stud) were played at different periods.

In 2007 the competition included 55 events with the Main Event and most of the games were the variations of Texas Holdem. At all the events the best players win the WSOP bracelet which is considered to be the most prestigious non-monetary poker prize. By 1976 all the victories at the World Series were called the “bracelets”.  The whole competition finishes with the Main Event at Texas Holdem table and the winner of this final event is the World Champion of Poker. The only players who managed to win the Main Even several times are Johnny Moss, Stu Ungar, Doyle Brunson and Johnny Chan.

To form the prize pool the sponsoring casino takes an entry fee that is usually 6-10% of the buy-in, thus the more players take part in the competition the higher the main prize is. For example, in 2005 the total money prize of $52,818,610 worth won and distributed between 560 participants. Remember, if you are gambling regularly and can not imagine your life without the game, please be careful as you may suffer from gambling addiction.

It's not enough to succeed. Others must fail.
Gore Vidal